What is the Future of Solar in Single Family Construction? 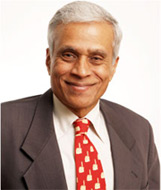 First of all, I have good news in general for solar in Illinois, and particularly for single family home builders. The state of Illinois just weeks ago legislatively adopted a major RPS (renewable portfolio standard) law. It is called ‘future energy jobs bill’, which has been signed by the Governor. According to the law, a total of 3,000 MW of solar power, and 1,300 MW of wind power are to be installed in the state prior to 2030. This is a huge win for clean power in our state. In fact, Illinois is the only state in the nation where such huge victories are happening for clean power. The bill also provides for Community Solar, and preserves Net metering provisions for home owners. 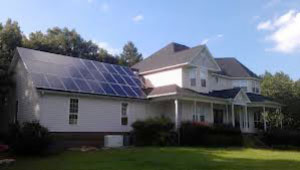 A bit of explanation on RPS: it simply refers to policies and benchmarks adopted by different states to ensure that a portion of their power is derived from clean and renewable sources such as solar, wind, biomass etc.

A bit on solar: Solar PV or solar photovoltaic refers to the technology of converting photons (light particles) into electricity. Derived from the Greek word for light (photon) and electricity (volt).

A bit on Net metering: the principle of offsetting excess solar production (excess over your use requirement) with your consumption of electricity by installing a bidirectional meter (the meter spins backwards, and your charges are now negative). Usually, on very bright sunny days, you are overproducing, and thus are exporting power to the grid, and on cloudy days, you are underproducing, and drawing power from the grid. 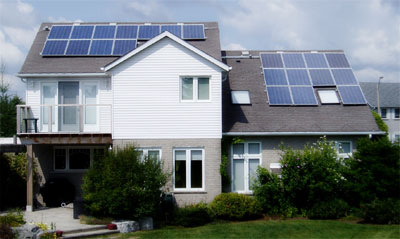 The passage of the Future Energy Jobs bill is a great boon for home builders. The incentives in the new RPS subsidize the cost of a residential solar installation to a significant extent, via what are called, ‘solar renewable energy credits’, or SRECs. To define simply, one SREC = one Megawatthour of energy produced. Although the price of SRECs under the new law is yet to be determined by the IPA (Illinois Power Authority), if the past is any indication, this subsidy could amount to as much as 30% of the cost of a solar installation. Additionally, ComEd is considering providing an incentive of $250.00 per Kw of solar installed. On top of these, the federal ITC (investment tax credit) is available to the owner of the solar system. By combining all these incentives, a builder can provide a very affordable solar package to the homeowner either as standard or as an option. Depending on the roof orientation (south facing or not), and available roof space, the home owner may be able to offset anywhere between 30% to 100% of their energy usage via solar. 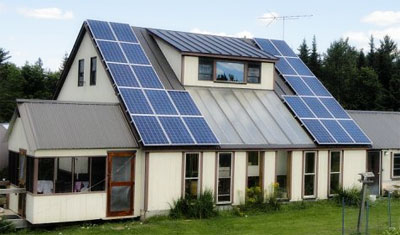 Now, all of these incentives have to be viewed in the context of rapidly declining prices of solar components such as panels, inverters, combiner boxes etc, thus making the installations even more viable. In the present context in Illinois, I do not know of any reason why a builder would not take advantage of these incentives, and low prices to offer solar to all homeowners. Thus, I would say solar has a very bright future in our state in not just the residential sector, but also in the commercial sector. Of course, the economics in the commercial sector are different, but it is still a good option to pursue.

About the author: the author is a licensed solar installer, who also holds an electrical engineering degree. He can be contacted at: visva@solarmicronics.co.

About the Author: Ryan Siebert